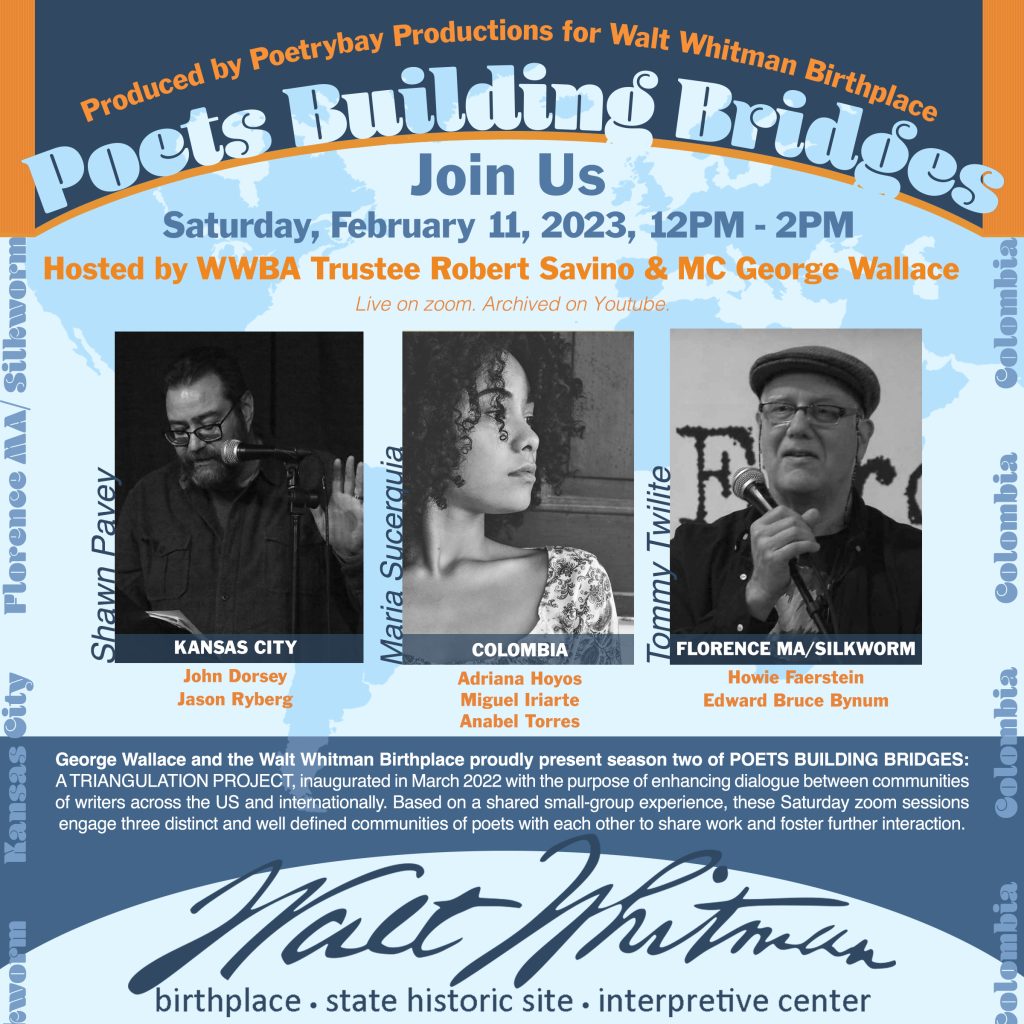 Shawn Pavey is the author of Talking to Shadows (Main Street Rag Press, 2008), Nobody Steals the Towels From a Motel 6 (Spartan Press, 2015), and Survival Tips for the Pending Apocalypse (2019, Spartan Press) – which was 1st runner up for the 2020 Thorpe Menn Literary Excellence Award – and co-author of Even If We Did, So What!? (2021, OAC Books).  He co-founded The Main Street Rag Literary Journal and served as an Associate Editor.
John Dorsey lived for several years in Toledo, Ohio. He is the author of several collections of poetry, including Teaching the Dead to Sing: The Outlaw’s Prayer (Rose of Sharon Press, 2006), Sodomy is a City in New Jersey (American Mettle Books, 2010), Tombstone Factory, (Epic Rites Press, 2013), Appalachian Frankenstein (GTK Press, 2015) Being the Fire (Tangerine Press, 2016) and Shoot the Messenger (Red Flag Poetry, 2017),Your Daughter’s Country (Blue Horse Press, 2019), Which Way to the River: Selected Poems 2016-2020 (OAC Books, 2020), Afterlife Karaoke (Crisis Chronicles Press, 2021) and Sundown at the Redneck Carnival, (Spartan Press, 2022). His work has been nominated for the Pushcart Prize, Best of the Net, and the Stanley Hanks Memorial Poetry Prize. He was the winner of the 2019 Terri Award given out at the Poetry Rendezvous.
Jason Ryberg is the author of eighteen books of poetry, six screenplays, a few short stories, a box full of folders, notebooks and scraps of paper that could one day be (loosely) construed as a novel, and a couple of angry letters to various magazine and newspaper editors. He is currently an artist-in-residence at both The Prospero Institute of Disquieted P/o/e/t/i/c/s and the Osage Arts Community and is an editor and designer at Spartan Books. His latest collection of poems is The Great American Pyramid Scheme (co-authored with W.E. Leathem, Tim Tarkelly and Mack Thorn, OAC Books, 2022). He lives part-time in Kansas City, Missouri with a rooster named Little Red and a billygoat named Giuseppe and part-time somewhere in the Ozarks, near the Gasconade River, where there are also many strange and wonderful woodland critters.

Adriana Hoyos is a writer, filmmaker and cultural manager born in Bogotá. As a filmmaker, she has directed the short films Elegía (1998) and Hotel Santa Fe (2002), along with the medium–length film Beneyto desdoblándose, about the figure and work of the artist. In 2005 he founded the production company La Huella del Gato. For fourteen years she co–directed the Visual Cine Novísimo Festival. As a writer she has participated in international poetry meetings in Colombia,  Denmark, Egypt, Spain, Italy, Macedonia, Serbia, Sweden and Turkey. Her poems have appeared in various magazines and anthologies and have been translated into different languages: Albanian, Arabic, French, English, Italian, Portuguese, Serbian, Swedish, Romanian. She published La torre sumergida (2007), La mirada desobediente (2013), Del otro lado (2017) y No es a mí a quien lees (2022).

Miguel Iriarte (Colombia, 1957) is a poet, cultural journalist, essayist and for twenty five years professor of Semiotics and Communications in Barranquilla. He’s considered one of the most representative poets of the Colombian Caribbean coast. He’s one of the founders of PoemaRío International Poetry Fest. He has published several books of poetry like Cámara de Jazz, Doy mi palabra, Semana Santa de mi Boca, Segundas intenciones, and others. He’s also the editor of the arts and culture review, Viacuarenta. He’s the current director of La Cueva, a distinguished cultural foundation from Barranquilla city.
Anabel Torres is a Colombia poet, writer, translator and interpreter. She was born in Bogotá and lived part of her childhood and adolescence in New York City. Torres was subdirector of Colombia’s National Library between 1983 and 1987 and lives abroad ever since. She has an official translation license from the Colombian Ministry of justice, earned an M.A. in Women and Development at the Institute of Social Studies, in The Hague, and has earned a certificate for science translation from the Institute of Linguists in London. She has won two national poetry awards in Colombia (Nariño and Antioquia Universities); first prize in a British Centre for Literary Translation’s literary translation competition, with her translation of poet Jose Manuel Arango´s “This Place in the Night”, published by Cambridge Press, and a Rei en Jaume first prize, in the Poetry in English category, for her book of poems “Human Wrongs” (Calvià, Mallorca). Torres has published short stories, essays and poems in various anthologies and periodicals. She has published 11 books of poetry, among these, one bilingual and one only in English, and two books in prose illustrated by her. She translates poetry from and to English and Spanish. Currently she lives in Sanlucar la mayor, Spain.

Tommy Twilite is a poet, songwriter and performer who lives in Florence Massachusetts. He is the Co-founder and Director of the Florence Poets Society, and Executive Editor of Silkworm, the Society’s annual review. Tommy is the current Beat Poet Laureate of Massachusetts and the host of the Twilite Poetry Pub on WXOJ-FM Valley Free Radio. His first full length collection, Fifty Words for Rain was published in 2021.

Howie Faerstein, a graduate of New England College’s MFA Program, is the author of the chapbooks: Play a Song on the Drums, he said and Out of Order (Main Street Rag) and two full-length collections: Dreaming of the Rain in Brooklyn and Googootz and Other Poems, both published by Press 53. His poetry and reviews can be found in numerous journals including Great River Review, Nimrod, CutThroat, Off the Coast, Rattle, upstreet, Nine Mile and on-line in Verse Daily, Nixes Mate, On the Seawall, Hole in the Head Review, Peacock Journal, and Connotation. A five-time Pushcart Prize nominee, he’s co-poetry editor of Cutthroat, volunteers as a mentor at the Center for New Americans, and lives in Florence, Massachusetts.
Edward Bruce Bynum is the author of several books of poetry and the winner of the national Naomi Long Madgett Poetry Prize for Chronicles of the Pig & Other Delusions. He lives in the Amherst Massachusetts area.