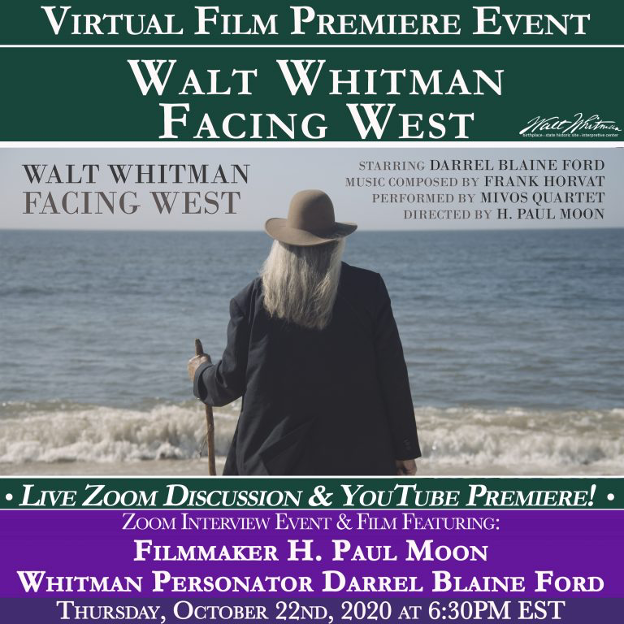 A cinematic setting of poems by Walt Whitman that span his whole life’s work, with the poet’s Long Island native “personator” Darrel Blaine Ford manifesting and reciting “Song of Myself,” “There Was a Child Went Forth,” “Give Me the Splendid Silent Sun” and “Facing West From California’s Shores.” Captured by filmmaker H. Paul Moon at the poet’s birthplace, the Long Island shore, Manhattan (in large-format 6k resolution), and where West meets East.